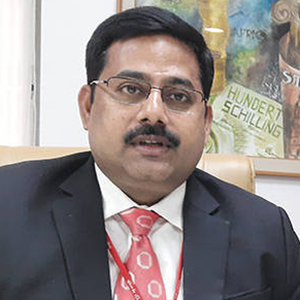 Nitesh Ranjan is General Manager at Union Bank of India, heading Treasury & Business Strategy. He has an accomplished career of 18+ years across government sector and banking, having served in important roles such as Chief Economist, Chief Investor Relations Officer, Head of Balance-sheet Management Group, and as Regional Head of bank’s operations across Union Territory of Chandigarh, Haryana and Himachal Pradesh.
He is director on board of Fixed Income, Money Market and Derivatives Association of India (FIMMDA) and SBI Global Factors Ltd. He is also a member of India Forex Committee (IFXC). He was earlier associated with CII as working group member of its National Committee on Banking (2016-17), RBI’s committee on review of priority sector norms (2012), and Economic Affairs & Policy Committee of Bombay Chamber of Commerce & Industry (2011). He has also published an occasional paper with grant assistance from NABARD on ‘role of commodity futures on price stabilization’ (2005).

New membership are not allowed.